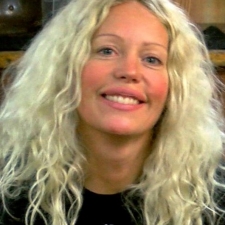 Malin Frick is an environmental educator and campaigner for ocean conservation. Malin founded "WildAware" in 2013 to promote and achieve worldwide conservation for animals and their habitats as well as to inspire and educate others about wildlife conservation. She has a long history as an animal rescuer, educator and has traveled in more than 70 countries from the Arctic in the north to Antarctica in the south. Malin has experience working in developing countries, partnering with NGOs, politicians, schools, governments and U.N associates as an initiator, spokesperson, and leader for several programs and campaigns to create change and awareness form community level to international level. She has been nominated as one of the top 100 ocean heroes in the world by "Origin Magazine", nominated for the World Environment Prize by U.N Australia for her work as an environmental educator and conservationist and won the prize as the best Environmental Educator of the year in the state New South Wales in Australia. Malin has also worked as a media manager on the "Sea Shepherd" ship "Bob Barker" in Antarctica trying to stop the illegal killing of whales and has founded a community organization called "Northern Beaches Clean Up Crew" that focuses on local beach cleanups and educating about plastic pollution.