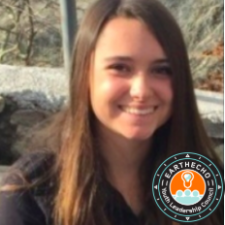 Katelyn is seventeen years old and a senior in high school from Winterville, North Carolina. She has been on her school’s varsity cross country team since she was a freshman, and has also participated in her school’s soccer and track teams. Katelyn took her involvement in sports to the next level when she became a certified scuba diver in 2015.

Katelyn found her passion for the environment by volunteering for Love A Sea Turtle (LAST), and has been a part of the organization for seven years. Over those seven years she has earned thousands of volunteer hours and was appointed to LAST’s youth advisory board two years ago. Every summer she works as a camp counselor at the Upstream Downstream Connection summer camp where volunteers teach thousands of underprivileged youth the importance of the environment and what they can to in their community to make a difference. During camp, Katelyn is in charge of teaching the campers water science and conducts water quality tests each day. Working with LAST gave Katelyn the opportunity to expand her work statewide. She is now the North Carolina coordinator for the Stow It Don’t Throw It project and has assembled and distributed over 5,000 containers statewide in the past year.  Her community work was recognized in February 2017 when she received the Community Service Youth Award from the Greenville, North Carolina Human Relations Council and the Outstanding Youth Award from the Winterville Chamber of Commerce in April 2017.

“I don’t volunteer for the recognition or for scholarships and college applications. I volunteer because I want to make a positive impact in my community. It’s what I love to do, and I encourage other young people to find their passion and create positive change. It’s time for the youth to step up and do our thing.” - Katelyn Higgins