Manager of the NEE Wildlife Group

Jodie Gless has been with Florida Power & Light Company (FPL)and NextEra Energy Resources (NEER), subsidiaries of NextEra Energy (NEE), for 12years.  She is currently Manager of the NEE Wildlife Group.  Jodie’s team is responsible for providing wildlife support for the development, construction and operation of all NEE wind, solar, natural gas, nuclear and linear facilities throughout the US and Canada.  In 2008, Jodie started as a wildlife biologist for FPL, supporting all of their wildlife programs, including the sea turtle, manatee, crocodile and avian programs.  In 2015, Jodie took the role as lead biologist working on the solar avian issue in the western US.  Jodie is a member of the Avian Solar WorkingGroup, Chair of the Avian Powerline Interaction Committee’s Renewable EnergyWork Group and Board of Director for the Loggerhead Marinelife Center in JunoBeach, FL.  Before joining FPL, Jodie received her Bachelor of Science degree in Marine Biology from the University of North Carolina at Wilmington in 2005. She went onto graduate from Florida AtlanticUniversity where she received a Master of Science Degree in Biology in2007.

Born and raised in South Florida, Rachel Shanker attended art school for both middle and high school where she studied and developed a love for visual arts. Her true passion has always been in natural sciences, particularly marine biology. Rachel is currently a graduate student at Florida Atlantic University studying marine ecology. Her ability to inform others, especially about nature and conservation, has grown and developed throughout her career as a student. She enjoys presenting research,
exchanging knowledge and plans to continue doing so throughout her post-graduate career. 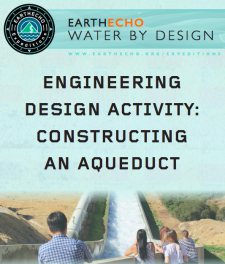 This design challenge moves your students from passive to active learners through a cross-curricular, hands-on team challenge in direct correlation to real-world issues of water conservation. In this lesson, students, grades 6-8, will learn about aqueducts through a close reading activity. They are then given different scenarios in an engineering design challenge to create an aqueduct to supply freshwater to their city, despite various obstacles. 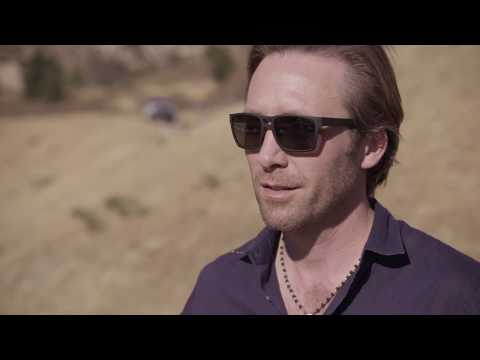 Water by Design: Water From Afar

Looking at Earth from space, it definitely looks like a water planet. Although 71% of Earth is composed of water, freshwater is limited and must be managed. Philippe Cousteau meets with Kat Bormann from NASA’s Jet Propulsion Laboratory, and Marty Adams from the Los Angeles Department of Water and Power to learn how freshwater resources are being managed using innovative technological solutions.

‍SC.6.N.2.3: Recognize that scientists who make contributions to scientific knowledge come from all kinds of backgrounds and possess varied talents, interests, and goals.

SC.7.N.2.1: Identify an instance from the history of science in which scientific knowledge has changed when new evidence or new interpretations are encountered.

SC.8.N.4.1:Explain that science is one of the processes that can be used to inform decision making at the community, state, national, and international levels.

SC.912.N.4.2: Weigh the merits of alternative strategies for solving a specific societal problem by comparing a number of different costs and benefits, such as human, economic, and environmental.

‍SC.7.L.15.3:Explore the scientific theory of evolution by relating how the inability of a species to adapt within a changing environment may contribute to the extinction of that species.

·      SC.912.L.17.1:Discuss the characteristics of populations, such as number of individuals, age structure, density, and pattern of distribution.

·      SC.912.L.17.2:Explain the general distribution of life in aquatic systems as a function of chemistry, geography, light, depth, salinity, and temperature.

UK General Certificate of Secondary Education:WS  1.2 - Use a variety of models such as representational, spatial, descriptive, computational, and mathematical to solve problems, make predictions, and to develop scientific explanations and understanding of familiar and unfamiliar facts.

WS  1.3 - Appreciate the power and limitations of science and consider any ethical issues which may arise.

WS  1.4 - Explain everyday and technological applications of science; evaluate  associated personal, social, economic and environmental implications; and  make decisions based on the evaluation of evidence and arguments.