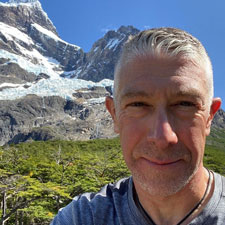 Prior to his return to TNC, Jeff was the Director for the Patagonia Parks Permanence Project, an initiative involving The Pew Charitable Trusts and Tompkins Conservation to reach an approximately $230M Deal with the Government of Chile to effectively manage and permanently finance the 17 National Parks of its Patagonia region – and ensure Patagonia’s communities benefit economically and socially from their protection.  Before this role, Jeff served as Vice President for Conservation at the Wildlife Conservation Network, where he supported and strengthened a network of the most innovative grassroots conservation heroes saving wildlife around the world.  At WCN, Jeff expanded the $23M Elephant Crisis Fund to end the ivory crisis, created the Lion Recovery Fund to restore lions and their habitats across Africa, created a travel industry partnership for lion landscape conservation, and secured two of the largest cause-marketing corporate partnerships for wildlife in history, with Tiffany & Co and with Disney through its 2019 release of The Lion King.  Previously, Jeff was a Managing Director at the World Wildlife Fund where he launched initiatives with the global travel industry and developed new cutting-edge concepts for game-changing funders such as Google and Leonardo DiCaprio.  Prior to WWF, Jeff led the Freedom to Roam (FTR) coalition, where – with Patagonia Inc. – he developed groundbreaking partnerships and campaigns to promote wildlife corridors and the connectivity of fragmented lands and waters in North America.