Join EarthEcho International as we highlight relatable voices in STEM careers! With STEMExplore, we invite female professionals to share their STEM journey with a live audience during dynamic virtual events.

The conversation will focus on women in STEM and the STEMExplore Mentor will share her personal journey and the positive influences that helped her to realize her professional capabilities.

During this 30-45 minute session, the participants will:
- Learn about environmental forensics and ecology as a career in general;
- Observe the day to day tasks of an environmental ecologist;
- Gain insight into a STEM career and learn the steps it takes to become a professional in this area;
- Ask interview questions of the STEMExplore expert.

Environmental Ecologist and Postdoctoral Scholar at The Nature Conservancy in Seattle, WA.

Originally from Greenwood, South Carolina, Dr. Tiara Moore completed her B.S. in Biology in 2011 at Winthrop University in Rock Hill, South Carolina, where she developed an interest in marine science during a research trip in Costa Rica. She received her M.S. in Biology with a concentration in Environmental Science in 2013 from Hampton University in Hampton, Virginia, where she conducted research on the water quality of the Chesapeake Bay linking sediment oxygen demand and nutrient cycling to the eutrophication of the Bay.

After completing her M.S., she spent 2 months in Bali, Indonesia identifying the diversity and abundance of meiofauna in marine sediments across the coral triangle. Dr. Moore earned her PhD in Biology from UCLA, where she conducted research in Mo’orea, French Polynesia, Carpinteria Salt Marsh, and Upper Newport Bay. In Mo’orea, she observed the effects sedimentation and nutrient pollution have on the proliferation of coral reef macroalgae. In Carpinteria and Newport, she explored the effects of macroalgal decomposition on sediment biogeochemistry and the microbial community using environmental DNA (eDNA) to assess the biodiversity of entire ecosystems with only a soil sample. Dr. Moore is currently a postdoctoral scholar at the University of Washington and The Nature Conservancy using soil eDNA to develop a biodiversity census of Ellsworth Forest to compare species diversity across management treatments over the past 10 years.

Inside and outside of the lab, Dr. Moore hopes her research in biodiversity will translate to increasing the overall diversity in science. She dedicates her time to mentoring minority women in the lab and in afterschool programs. Founder of A WOC SPACE, Dr. Moore aspires to make a safe and inclusive workplace for all women of color (WOC) through WOCShops and individual personal trainings. To round things off Dr. Moore combines her experiences as a WOC Scientist with her upbeat personality in her Academic Standup Shows, both communicating science and the struggles of being a minority in STEM. 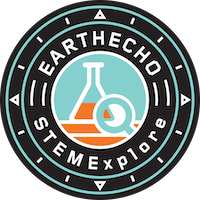 Use this worksheet to allow students to reflect on their experience with a STEMExplore mentor after a Virtual Career Connection.