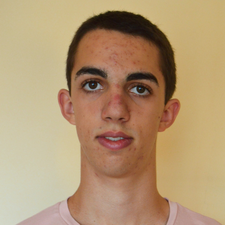 Guillermo is a freshman at Universidad de Barcelona in Spain, where he is studying Physics, as he believes that fighting climate change can be done through physics. Through his school, Guillermo has participated for three years in the Virtue-s Erasmus School Project, where he and his classmates collaborated with other European and American partners.

In 2020, Guillermo conducted research on microplastics in the Llobregat River in Catalonia, where he analyzed samples extracted from the beginning of the river and after some industries in his hometown, aiming to get a scientific comparison of them that lead to the main objective of this research: to find out whether microplastics can be found at the beginning of rivers and, if they are detected, to share the results with US experts and local organizations, to compare these results with theirs.

This project earned him a place on the Spanish final of the Stockholm Junior Water Prize, organized by Fundación Aquae, where he presented the project, which would ultimately lead him to be chosen for the Barcelona Water Challenge Ambassadors Programme for the EarthEcho Water Challenge.